2018 continues the trend of recent years in the release of numerous comic book movies. With the recent purchase of Fox by Disney, this could be the last slate of different X-Men movies on the table.

In our list, we have marked off our top 10 most anticipated super hero movies. Additionally we also have a list of non superhero movies to look forward to that are in no particular order.

After a long, long lead in time, we finally see the arrival of Thanos to planet Earth. With the events of Civil War still fresh for each of the super heroes, and Thor and Hulk still floating around space, what is in store for the Avengers? And will all of them survive this encounter!! The rumour mill is already churning the waters of the MCU! (Also, excited to see Captain Marvel appearing in this movie, hopefully!)

Following the unprecedented success of the R-Rated Comicbook movie, Deadpool, Ryan Reynolds makes his returned as the scarred anti-hero Wade Wilson. This time acompined by the comic-book geek favourite Cable played by Thanos…I mean Josh Brolin. It will be interesting to see whether this movie can develop on the first movie or was the success of the first movie the uniqueness of it in the genre. Time will tell. Expect a lot of fun and not a movie to take itself too seriously!

My final year of school was 04/05. It seems like a different life time. I was young and naive but even then, I loved The Incredibles!! I waited year after year for a sequel. After nearly 6 years of waiting I had lost hope of it ever happening! But that is exactly what Disney Pixar wanted of people! Because low and behold, 14 years later and we are getting the sequel I always wanted! I’m hoping this can live up to my expectations, which are extraordinarily high!!

Following the introduction of Chadwick Boseman’s T’Challa / Black Panther, he get’s his own movie. The first non white lead of a Marvel movie looks to takes us into the heart of Africa where the hidden nation of Wakanda resides. With a race to the throne happening, there is trouble in the works for Black Panther. Tag on the return of Andy Serkins, Ulysses Klaue, and you should have a good mixture of trouble brewing!

Another small movie (Sorry I had to!) on our radar is the follow up to the 2015 introduction of Antman. This time bringing that tease from the original of the Wasp joining Scott Lang (Paul Rudd) in the superhero outings! Will we see more of Giant Man or will it be down on the molecular level again? Time will tell!

OK, so Apocalypse was…….poor. Maybe not poor, disappointing! Ya that fits a lot better! With recent news of Disney buying a LOT of FOX’s properties, could this be the last set of x-men movies not in the MCU? Hopefully this movie can pull back some of the First Class standard it once had.

This one caught us by surprise. This will be a straight to Blu Ray/DVD release next year. It definitely looks like something different from what we are used to! Genuinely, look at this trailer! It has Batman as a Samurai/Ninja!! ENOUGH SAID!

Here is the almost response of the shocking success of Deadpool.  Although we haven’t had our first look at Venom yet, this R-Rated movie could be something epic. Now, Sony do not have the best record with the Spiderman Franchise, but if you are going to give this movie to anyone, Ruben Fleischer is a good director to give it to! Having one of my favourite movies of all time, Zombieland! Hopefully he doesn’t leave us down! 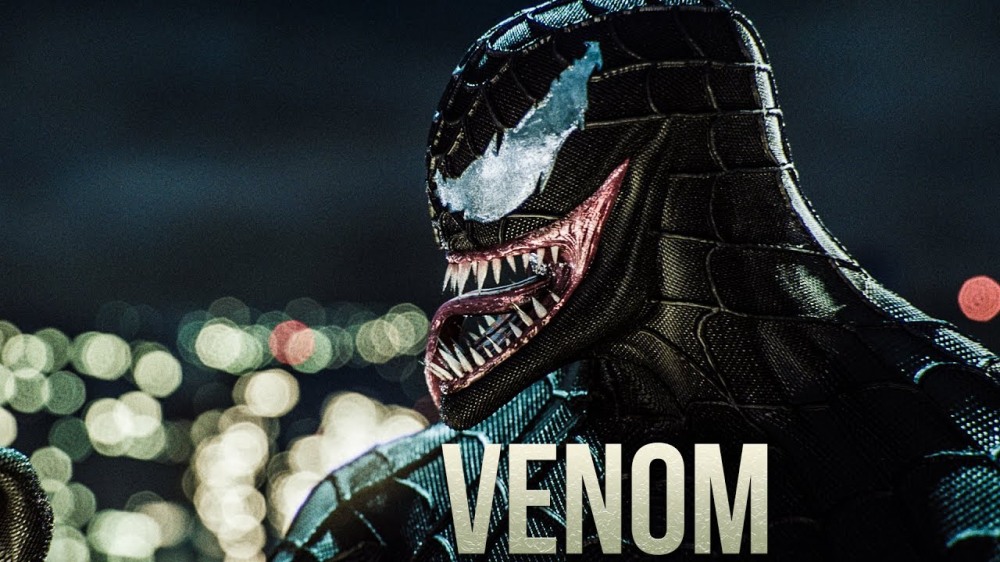 This is probably going to be my favourite Spidermans of the last while! I enjoyed the Tom Holland version, but this animated version seems to just work on so many levels. And as someone who has really enjoyed the animated Resident Evil movies more than the live action ones, I reserve a lot of hope for this one!

To say it has been a rocky start for the DCEU would be massively understated. Although Wonder Woman was a resounding success, the rest of the movies have been poorly received and Justice League was a sloppy, jumbled mess. I’m not really sure if they can pull it back at this stage. I did enjoy Jason Momoa’s version of Arthur Curry, but I just don’t know if it can hold onto it. Are we meeting our capacity of Superhero movies? I hope not!

Based on the beloved novel of the same name by author Madeleine L’Engle comes the fantastical tale of “A Wrinkle in Time”. As a daughter searches desperately for her father, she travels the cosmos and through time to find him. A kaleidoscope of colour and a cacophony of sound collide to bring this family friendly adventure to the screen.

Following the success of the first Pacific Rim movie, we see a return to the B-List universe with some more action packed, robot destroy, city leveling events all taking place in a short time. With the death of Stacker Pentecost (Idris Elba), his son, FN-2187…sorry wrong movie, Jake (John Boyega) will step up to the plate! Hopefully this movie doesn’t take itself too seriously, because it really shouldn’t!

With the recent success of movies such as Arrival, comes Annihilation. But where Arrival was about a peaceful introduction to an alien species, Annihilation is an action packed, jump scare movie with just as many questions as Arrival. Natalie Portman rarely ever disappoints in any film she is in so I would definitely be adding this to your watch list for 2018!

On November 16th, we get the eagerly awaited sequel to “Fantastic Beast: The Crimes of Grindelwald. With some outrage from fans over Jonny Deep being kept onto play the character, following reports of domestic abuse by ex-wife Amber Heard. Will the movie be able to recapture the magic of the first one, only time will tell.

10 Cloverfield Lane was a wonderful surprise that I never saw coming. After enjoying the original Cloverfield movie in 2008, I thought that was the end of that kind of adventure. Originally branded as  “God Particle”, there is still little known about the third installment into that universe. However, what we do know is that we will be jetting to outer-space, when a research station switches on a particle accelerator, things start going wrong. Could this be what first brought the events of Cloverfield to us? We will find out on February 2nd! 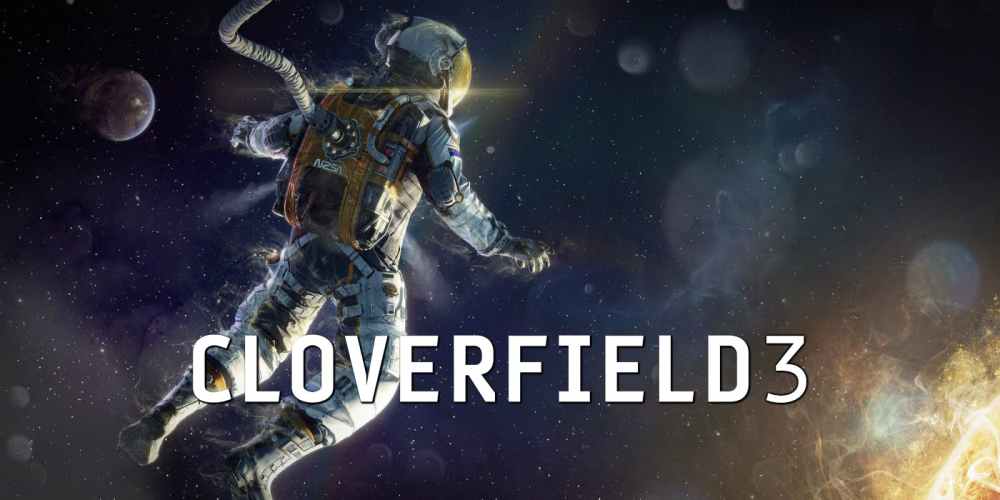 With another new reboot, and probably looking to jump on the back of the relaunching of the games, Lara Croft will be jumping onto our screens again. Similar to the game reboot, we will see Lara trapped and struggling to survive on an island. It is an interesting choice, if it is too similar to the games then the fans won’t enjoy it as they already played through it. It does have the possibility to be a fun cinema going experience! (Maybe)

With the island back in the hands of Dinosaurs, you would think humans would just leave it be! Turns out, not so much! Chris Pratt and Bryce Dallas-Howard will travel back to save the dinosaurs before the volcano on the island erupts. Thankful it will be a straight forward, laid back mission…..or not. Jeff Goldblum also reprises his role of Dr. Ian Malcolm for this installation. Pencil this one in for June 22nd folks!!

With his 15th movie of this millennia, Steven Spielberg returns to the directors chair with Ready Player One. When the creator of a virtual world dies, he promises control of this quadrillion dollar world to the person that can find the Easter Egg he placed in the game, along with half a trillion to boot! And so a vicious race begins with lives put in danger.

What list would be complete without a Star Wars movie these days? Releasing on May 25th, Solo brings us back to early days on the Millennium Falcon. There is quite a low amount of information on this project so far. With early controversy with the original two directors leaving the project for “Creative differences” after shooting close to 60% of the movie already. Ron Howard was brought in to fill in for them. I mean in the end, it is a Han Solo movie. They surely can’t screw this up right?

That is a brief look at some of the movies coming out that are on our list for 2018. What is on your list? IS there anything you are really looking forward to that isn’t on our list? Let us know in the comments below.